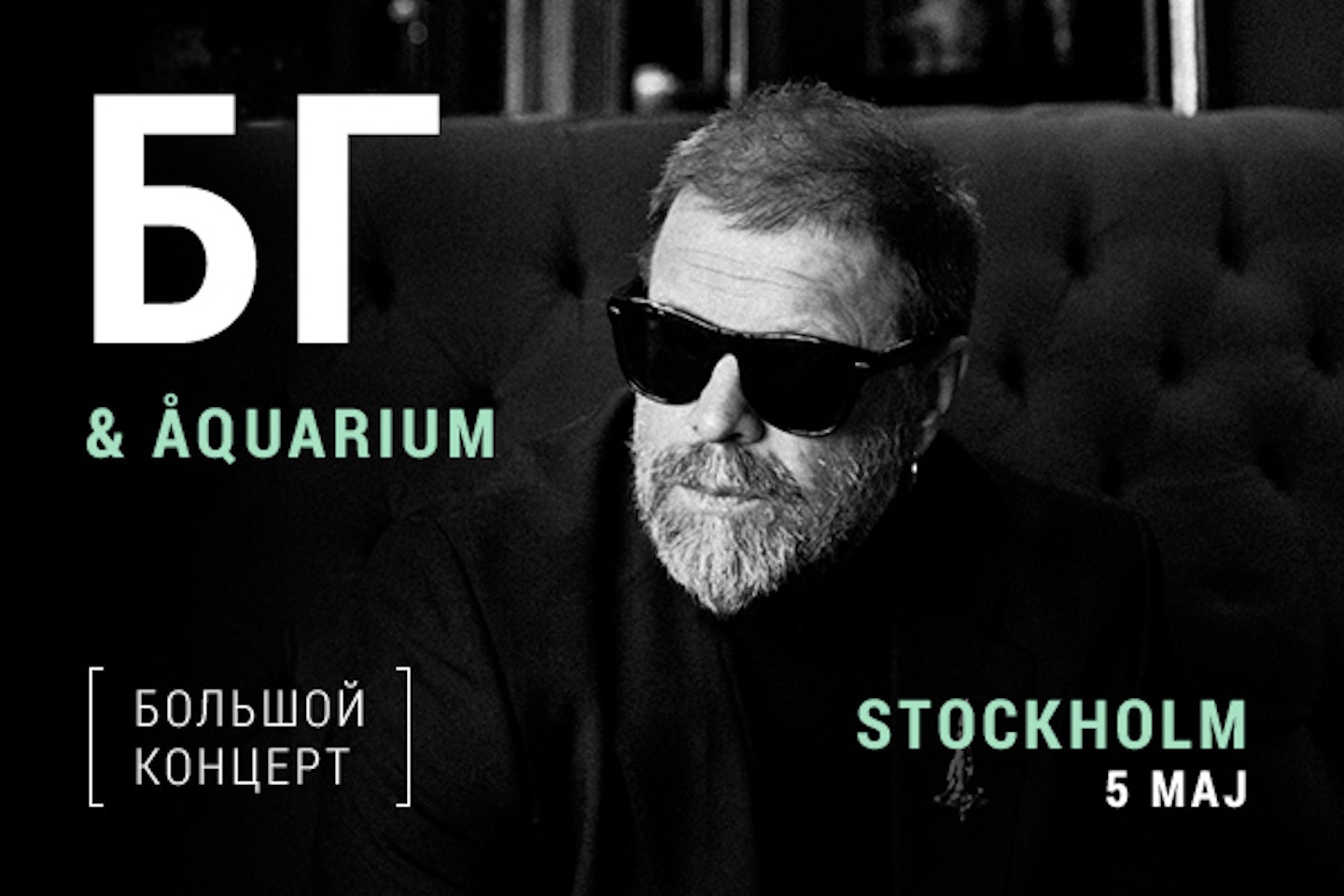 There is hardly a Russian speaker in the world that hasn't heard of the legendary underground rock band Aquarium and its leader Boris Grebenschikov (BG).
During the 70s and 80s Aquarium created an entirely unique musical and social aesthetic. Influenced by a variety of music styles and cultures, the group's sound nevertheless remained recognizable - whether performing quiet love ballads, light dancing reggae or powerful rock-n-roll anthems.

Grebenschikov is also no stranger outside Russia. His albums were recorded and released throughout Europe, and North America, and he is widely known and respected among top Western musicians.Grebenshikov toured the West, releasing an English-language album, "Radio Silence" which featured appearances by Eurythmics' Dave Stewart and Annie Lennox, the Pretenders' Chrissie Hynde and percussionists Ray Cooper and Olle Romo.

Aquarium were strongly influenced by Western rock music, particularly by The Beatles, Bob Dylan, David Bowie, T.Rex, and progressive rock acts like Jethro Tull, King Crimson and Roxy Music as well as by new wave and reggae artists. This was reflected in the band's often complex compositions and wide-ranging lyric themes, even including references to Celtic and Indian cultures.

Its classical discography consists now of over 30 studio albums!

BG and his band were amazed by the exceptionally warm welcome the Swedish audience gave them last time. They promised to return and play a bigger show at a bigger venue. And no sooner said than done: in 2015 they return to Sweden with one and only concert.

The Stockholm audience will be among the first to hear the brand new songs from the coming album Abordage - and all the famous old hits that probably every Russian speaker knows by heart.

No exaggeration: if there is only one Russian band in the world you must hear and see, it is Aquarium.

(seated, in the VIP-zone in front of the stage, separate VIP-entrance)