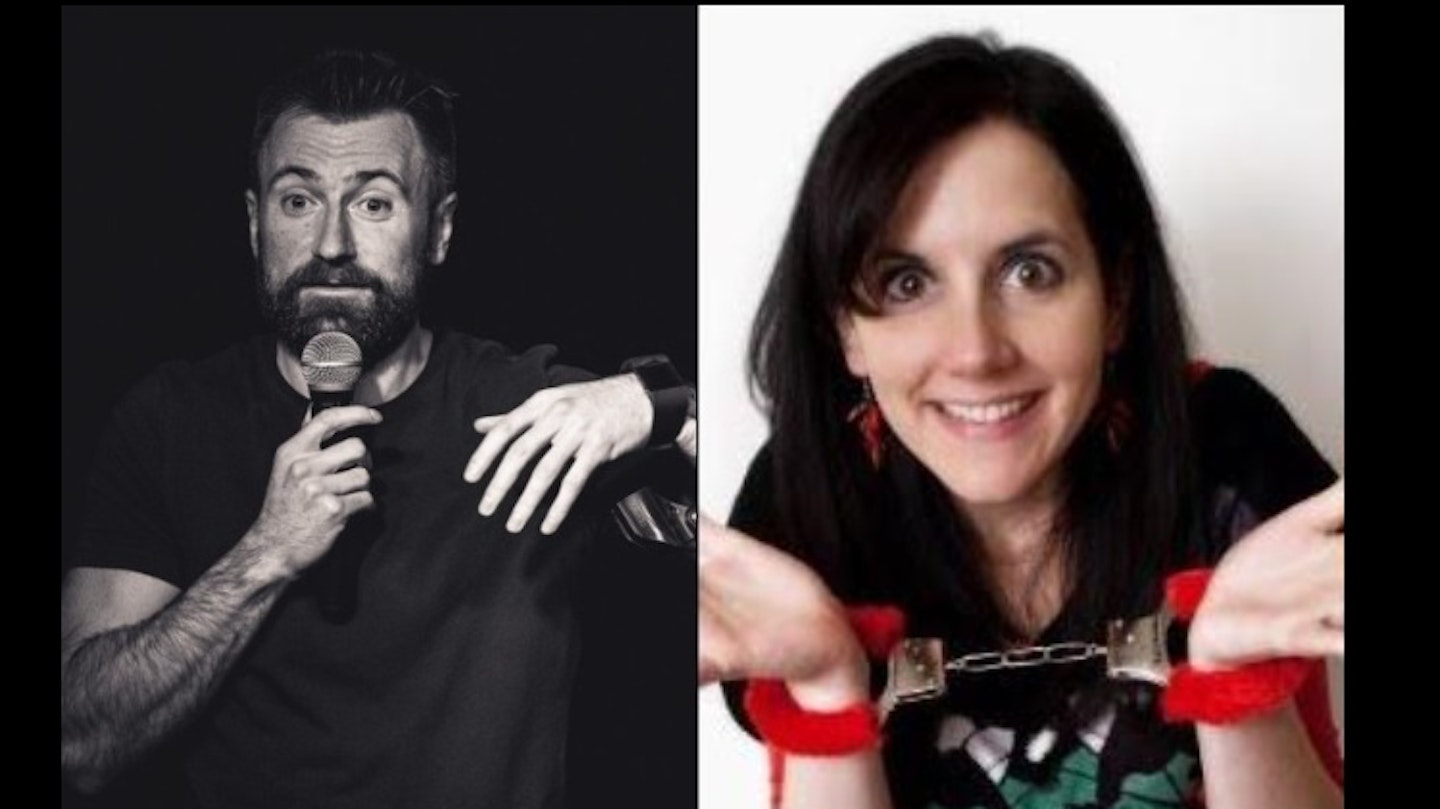 --->>>>This show is cancelled due to the carona virus outbreak, we have stopped sales and will contact all ticket purchasers via email about using each 1 ticket bought for April 1 to see any 2 shows of choice in May and Autumn.

Join us for Gotheburg English Comedy Night on Wednesday, April 1 at Scandic Rubinen. More stand-up comics come to Gothenburg to entertain you in English.

(only 50 promo tickets on sale until sold out)

Buying a promo, single or 2-person special ticket is the only way to enter and see the show.

Then we are back on Wed May 13 with Paul Myrehaug (Canada) and Damonde Tschritter (Canada) for a great season finale! :)

Matthew Mcaloone (N.Ire) Taking the professional comedy clubs of the world by storm, one of the BBC New Acts of the Year, Matthew is on the fast track to big things. With credits and compliments from the Comedy Store, Glee clubs and more, expect big things from this audience favourite. Matthew’s is a style that mixes storytelling with being much sillier than his Belfast accent should allow.--->“He not only was brilliant the last time he played; interesting funny and engaging, but the audience loved him. Genuinely loved him. A great act for any club”. Barry Ferns, Angel Comedy--->“On his first visit to Parker’s, Matthew absolutely nailed it! Will have him back anytime.” Joe Parker, Parker’s Comedy Johannesburg--->A Comedic Forest Fire!” Comedy Cafe Theatre, London

Alice Frick (Austria) is a Finalist of the national UK competition called Funny Women. Her comedy solo show is called “What theFrick?!”, where she chats about being a foreigner in the U.K. and coming out gay to her religious grandmother. She also hosts and organises a monthly comedy mix show in London Soho called “Laughing Labia”.