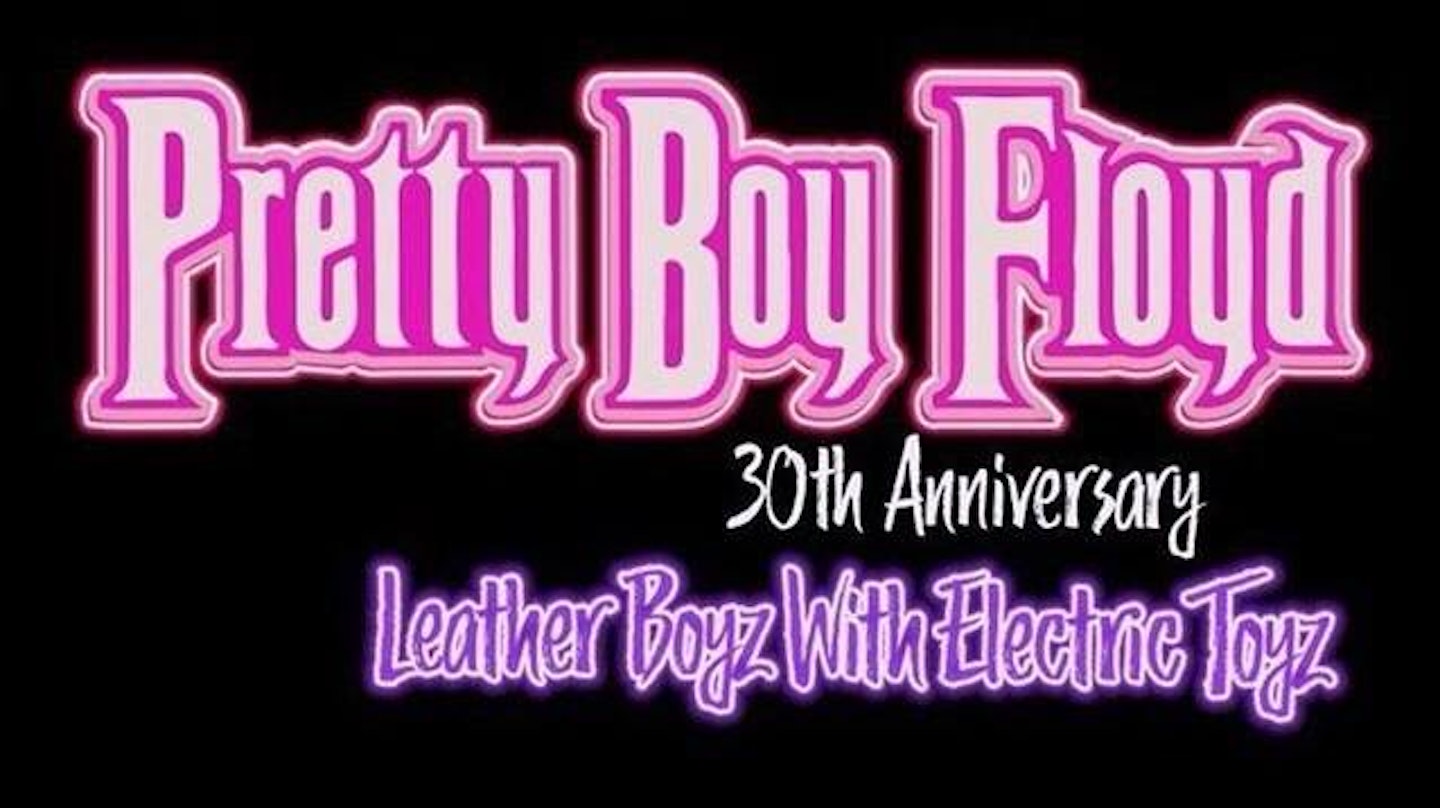 Not too long ago, when rock was about having a good time, letting your hair down and creating chaos and anarchy, four guys got together in Hollywood and formed a band.

The band chose the name “Pretty Boy Floyd” because it seemed to describe them – four teen toughs armed with guitar licks and teenage angst who set out to conquer the world.

The group signed to MCA records and released Leather Boyz with Electric Toyz, an album whose very name was a tongue-in-cheek tip of the hat to their glamorous heroes – Sweet, Kiss, the NY Dolls –
all the bands who believed that rock music wasn’t just music – it was a show, a spectacle, a lifestyle – “a prostitute to be trumped up and tarted around like a band aid or cheap whore” – to borrow a quote from David Bowie.
The Howard Benson-produced album made a significant impact, being named one of the hottest albums of its genre by Metal Edge and Spin magazines.

Pretty Boy Floyd landed on the cover of metal bible Kerrang! and their two Top 20 videos “I Wanna Be With You” and “Rock and Roll is Gonna Set the Night on Fire” hit MTV, back when MTV ran videos instead of reality shows.
The band toured the world and was recognized as the kings of the Sunset Strip, breaking attendance records held by Van Halen and Warrant.
Their album would go on to sell 750,000 copies worldwide.

As the new millennium rolled in, new music fans began to wonder what they had missed. While most Pretty Boy Floyd fans were at an age that you wouldn’t commonly associate with concert goers, a whole new breed of young fans who weren’t even out of school when the band first emerged began to rediscover their music. The original fans and the new fans meshed on their common ground – a love of Pretty Boy Floyd’s music, sleazy shows, and fun times.
Never mind what the critics think, or what trends may have come and gone.

Having outlasted many of the critics who cried “they’ll never make it,” Pretty Boy Floyd continues to record and tour the world.

Norway’s Razorbats got international attention when they released their debut album Camp Rock in 2015 and critics from all over Europe, Australia and the US praised their unique ability to blend classic rock, powerpop and punk in a new and exiting way. The lead single Kids of the 70s got a lot of airplay on rock radio across Europe and college radio in the US, in addition to national radio back home. The band shared the stage with bands like Rise Agains, CJ Ramone, The Dogs and The Dandy Warhols before they embarked on their first UK and Scandinavian tour. Camp Rock was named album of the year by Glitter 2 Gutter in the US and featured on several best-of list for 2015 all over the world.The band returns with a new album entitled “Razorbats II” on February 16th 2018. Their first on Rob Mules Records and including the singles “Social Rejects” and “Sister Siberia”.