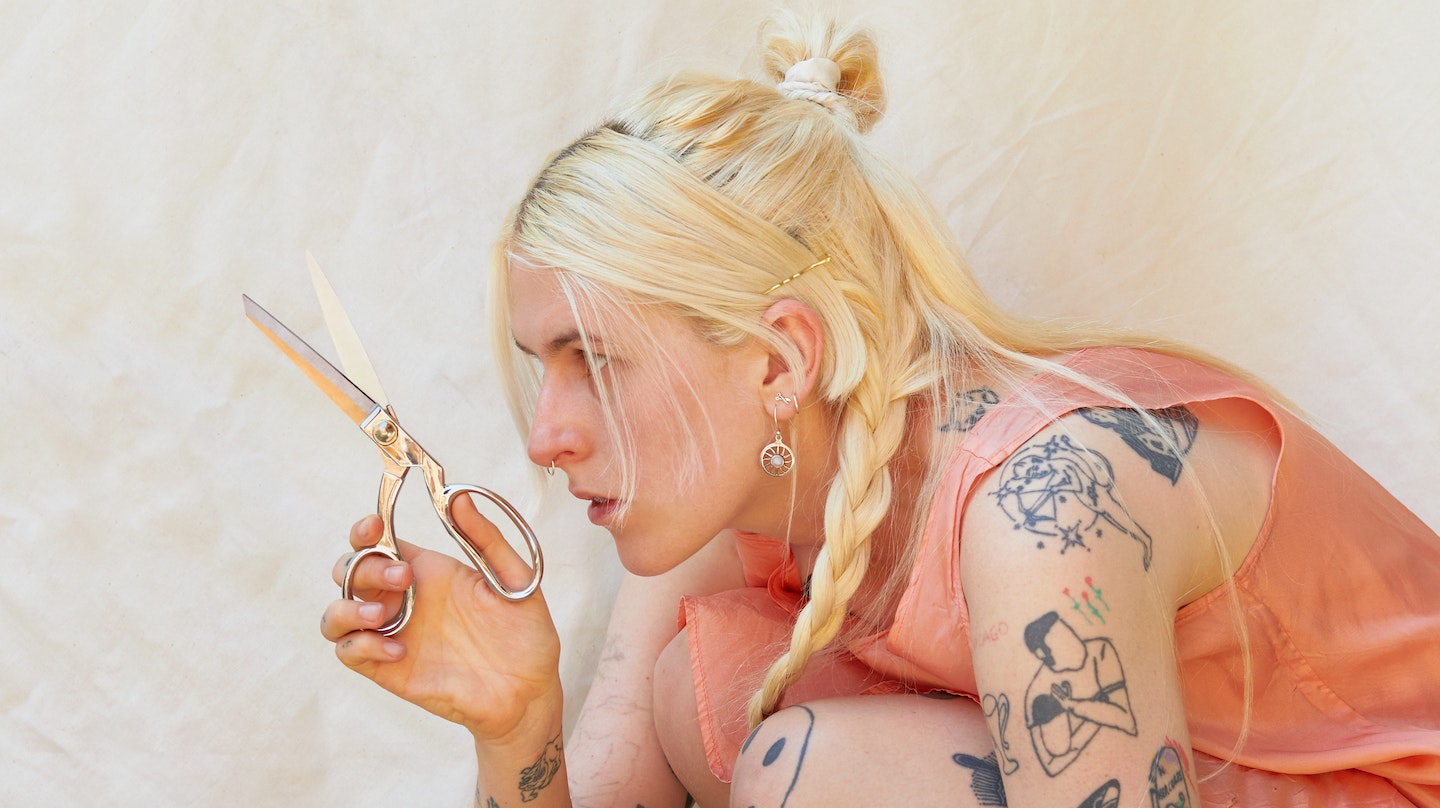 “I want total freedom, total possibility, total acceptance. I want to fall in love with the rock.”

That’s how Lillie West describes the theme of “DIVER,” the song she calls the thesis of Lala Lala’s third record, I Want The Door To Open. The rock in question is a reference to Sisyphus, the mythical figure doomed by the gods to forever push a boulder up from the depths of hell. To West, it is the perfect metaphor for “the labor of living, of figuring out who you are, what's wrong with you, what's right with you,” she says. “I think it’s easy to feel like we keep making the same mistakes over and over again, that we never learn, that we’re Sisyphus; but time is actually a spiral that we move up. The key is falling in love with the labor of walking up the mountain.”

Coming off of 2018’s acclaimed The Lamb, an introspective indie rock album recorded live with a three-piece band, West knew she was ready to make something sonically bigger and thematically more outward-looking than anything she’d done before; a record that would be less a straightforward documentation of her own personal struggles and more likea poem or a puzzle box, with sonic and lyrical clues that would allow the listener to, as the title says, open the door to the greater meaning of those struggles.

The result is I Want The Door To Open, a bold exploration of persona and presence from an artist questioning how to be herself fully in a world where the self is in constant negotiation. From the moment West declares “I want to look right into the camera” over a cascade of dreamy vocal loops on opening track “Lava,” I Want The Door To Opendistinguishes itself from anything she’s done before in scope and intensity. The ultra-magnified iteration of Lala Lala is fully encapsulated in the monumental “DIVER.” Inspired by a character from a Jennifer Egan novel, it’s a pop song of Kate Bush-esque proportions replete with layered synths and booming, wide open drumming contributed by fellow Chicago musician Nnamdi Ogbonnaya, and West pushing her vocals to the ragged edge.

West co-produced I Want The Door To Openwith Yoni Wolf of Why? and reached out to various music friends to help her achieve a galactic level of atmospherics that would’ve been impossible on her own. In addition to Ogbonnaya, I Want The Door To Openfeatures contributions from poet Kara Jackson, OHMME, Adam Schatz of Landlady, Sen Morimoto, Christian Lee Hutson, and Kaina Castillo. Former tourmate Ben Gibbard can be heard on the gentle “Plates,” a song about accepting the past regardless of whatever negative feelings accompany those memories; a necessary act for unlocking the door to the present moment West is actively seeking on the record.

Throughout I Want The Door To Open, West is fascinated with the idea of avatars: how we present ourselves to the world versus how other people see us versus who we really are when we’re alone, and how those images can change over time. “How can anyone else know who you are? How can you know who anyone else is when all these different avatars or personalities or performances are happening simultaneously, in different places,” asks West. It’s a question she poses on the cinematic “Color of the Pool,” a song about wanting to embody the characteristics of something pure and uncatchable that features stacks of wigged-out saxophone from Schatz. West revisits the topic on “Photo Photo,” on which OHMME provide a haunting medieval vocal round as West attempts to parse the various aspects of presentation and representation.“

Utopia Planet,” the final track on I Want The Door To Open, features a very special guest: West’s own Grandma Beth, who charmingly relays her thoughts on a painting West made of herself—another avatar of the artist as seen through the eyes of someone who loves her. It is the fitting end to the inner labyrinth that West maps on I Want The Door To Open, a musical quest undertaken with the knowledge that the titular door may never open; but it is through falling in love with the quest itself that one may find the closest thing to total freedom, total possibility, and total acceptance available to us on this plane of existence.

Oceanen
Följ
Kontakta
Kulturhuset Oceanen is located in the district of Majorna in Gothenburg, Sweden and has been officially running as a culture house since 1995. Oceanen represents innovative scenic concepts with more than 100 public events every year.