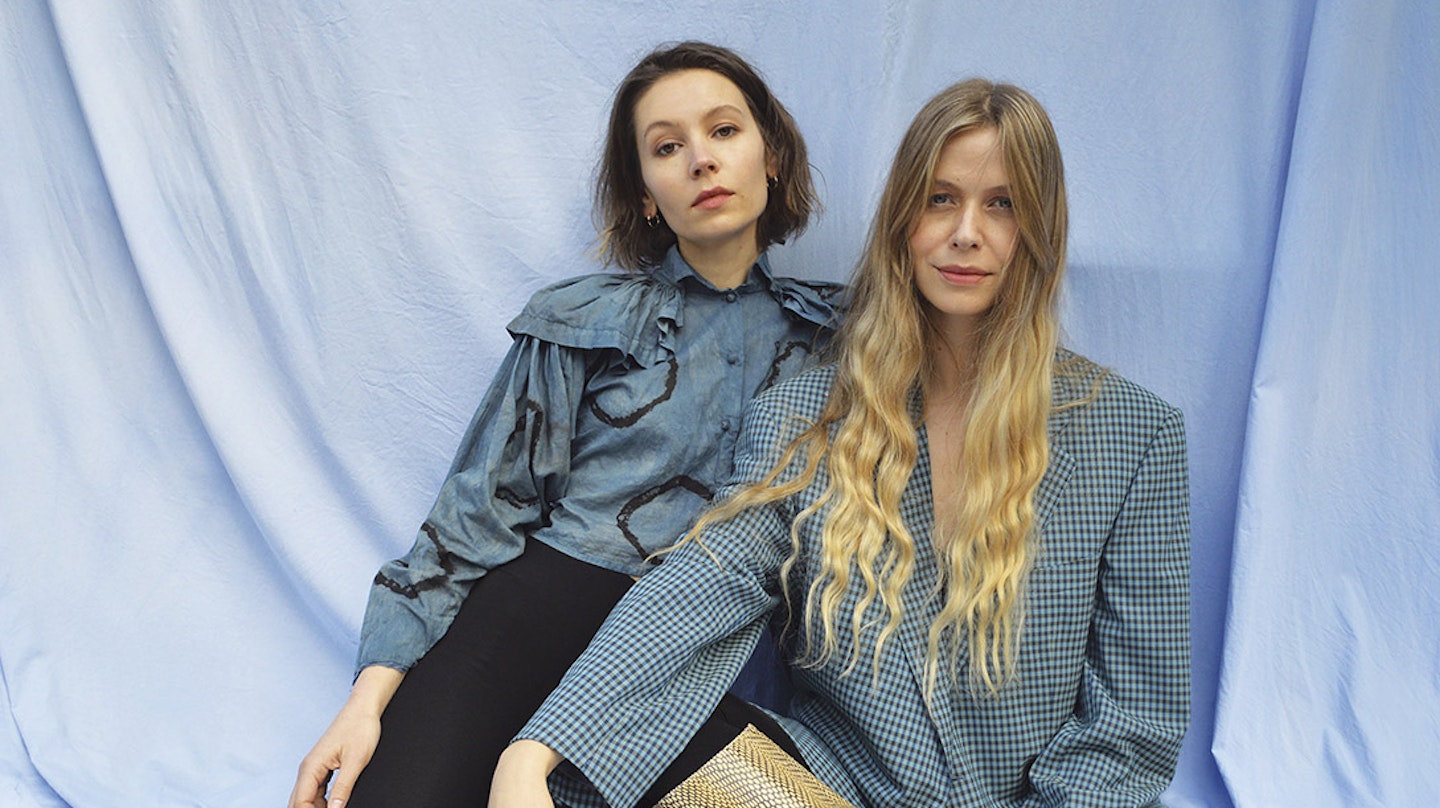 Psychic sisterhood and wistful wanderlust are the twin energies feeding lush ceremonial dream-pop duo Clementine Valentine (Purple Pilgrims) – AKA multi-instrumentalist, home producers Valentine and Clementine Nixon. Raised itinerantly in Hong Kong and on New Zealand’s South Island, with deep backgrounds in folk music (their great-grandfather Davie Stewart was recorded by Alan Lomax), the sisters adapted by devising their own telepathic inner worlds. After the Christchurch earthquake of 2011 leveled their home they migrated to the North Island, crashing with friends and sleeping in cars, eventually returning to China, where they began performing crouched sets of gauzy, angelic noise.

Subsequent tours of Europe and America alongside Yek Koo, Gary War and Ariel Pink helped hone their sprawling, choral haze into leaner, more mantric forms. To record their first full-length LP Eternal Delight, the Pilgrims sequestered themselves in Tapu, on the western side of the Coromandel Peninsula of NZ, in a shed surrounded by native palms and birds. The isolation, stars, and river nightswimming evidently soaked into the music – all 10 tracks radiate spectral feeling and wide-eyed sensuality. In 2018 Purple Pilgrims collaborated with legendary Antipodean guitarist Roy Montgomery (The Pin Group) on his album Suffuse, alongside some of the era’s most compelling women singers (Grouper, Circuit des Yeux, Julianna Barwick), the sisters lending their voices and lyricism to his enveloping sound.

Kinlaw is a composer, choreographer, and artist focusing on empathic potential and agency developed by performance through audio, dance, and sculptural installation. Known for solo works and productions with as many as two-hundred performers, she studies themes of power, memory, trauma, and connection. Her performances have been featured in institutions like MoMA and MoMA PS1, Pioneer Works, Mana Contemporary, National Sawdust, and Knockdown Center. Kinlaw is releasing her first solo record in Fall 2020 with Bayonet Records.

The Tipping Scale is a gorgeously sung cycle of songs that mix deeply personal lyrics with universal themes; ornate pop flourishes, dancefloor ruminations, and airtight production overlap with a refined, artistic compositional sensibility. Kinlaw is a smart, conceptual writer, one not afraid to explore deep emotions like loss, regret, and confusion, alongside strength, identity, and change. She explains that The Tipping Scale is an ideal metaphor for the record, the idea of an ever-present slipping in and out of change, and an acceptance of this kind of change. On it, she unravels intimate memories and tries to learn from them. As you listen to her songs and decode her words, you realize she’s not just building songs, she’s also creating a home—where painful thoughts of the past can exist within the present—as well as an entirely new, unflinching universe.

OCEANEN
Följ Kontakta
Kulturhuset Oceanen is located in the district of Majorna in Gothenburg, Sweden and has been officially running as a culture house since 1995. Oceanen represents innovative scenic concepts with more than 100 public events every year.